Inauguration of the new minor in Asian Studies

The inauguration was attended by Dean of Arts Antoni Lewkowicz, Vice-Dean Academic Geneviève Mareschal, the First Secretary of the Embassy of Japan, Hiroaki Kodama, the First Secretary and the Third Secretary of the Embassy of the People's Republic of China, Zhai Jianjun and Guo Wei as well as many professors, students and members of the local communities. The new minor was celebrated by several wonderful musical performances including Chinese folk and traditional music, traditional Japanese music and Japanese dance, performed by the Emi-no-kai group from Ottawa as well as Chinese singing performed by international star George Sapounidis, bearer of the Beijing 2008 Olympic torch who presented the Department with two DVDs and a CD. 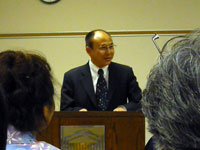 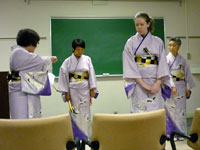 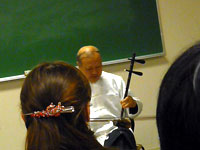 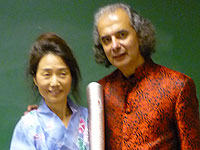 Department of Modern Languages and Literatures